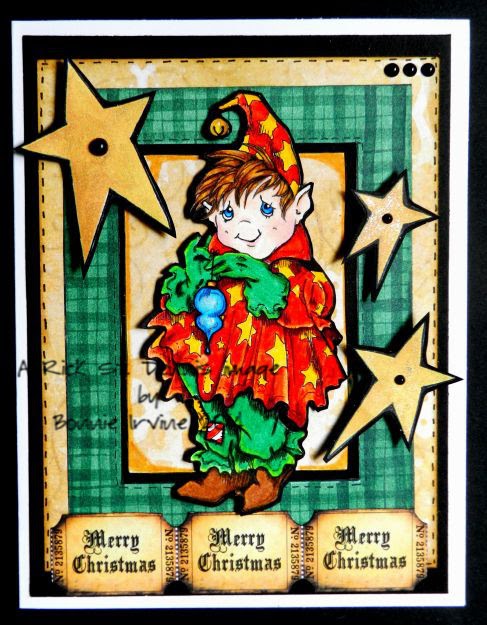 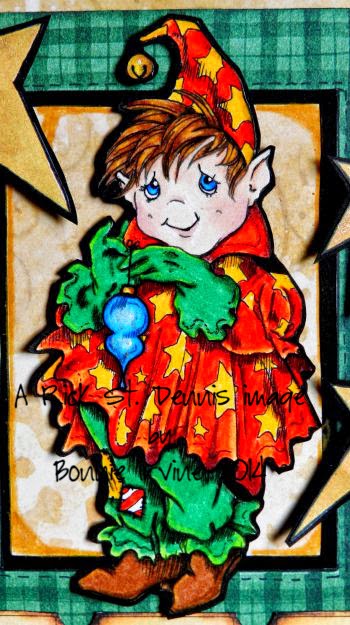 I chose to play with Chester Christmas who can be found in Rick's Zibbet or Etsy shops. I coloured Chester (so cute!) with Prismacolor pencils, accenting the bell and Christmas ornament with Wink of Stella. Chester was then fussy cut and matted in black before being popped up on foam tape. 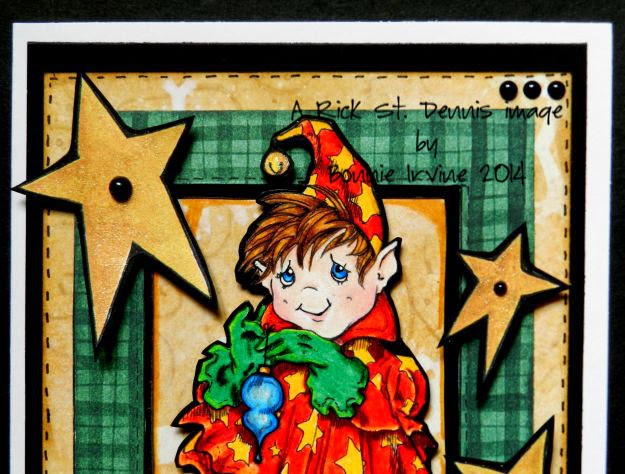 A scrap of golden yellow snowflake paper was cut into a rectangle that once matted with black would fit inside the card base leaving a white border. A frame was cut from green plaid designer paper and was matted on the inside with black. This was adhered to the golden coloured layer and both were faux stitched. 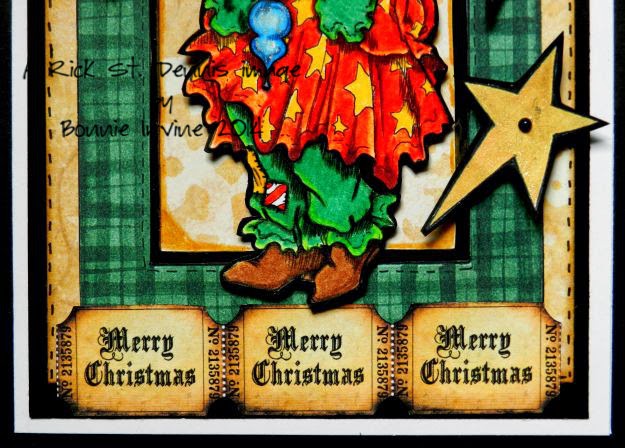 Gold coloured stars were cut out in a primitive shape, matted with black, and accented with Wink of Stella. They were popped up on two layers of foam tape and a half pearl was in the center of each. Merry Christmas tickets were printed and fussy cut before being adhered at the bottom edge of the card. The strip of tickets is both the sentiment element and it grounds Chester, giving him a place to stand. To complete the card, three enamel dots were affixed to the top right of the card.

Thanks for stopping by today. Chester and I are happy as heck that you did that. To check out the other wonderful October Showcase projects, pop over to the Rick St. Dennis Sparkle and Glitter blog.