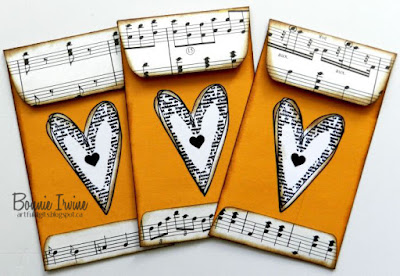 Hi everyone. A while ago, I posted about decorating the larger coin envelopes from my stash and I mentioned that I had a whole box of the smaller coin envelopes if I could only remember where I put them for safe keeping. Well, I found them! Go me!! I decided to go simple on these 2.5 x 4.25 inch envelopes and haven't stuffed them with a tag or other goody yet. I will leave that until I decide where they will be used. 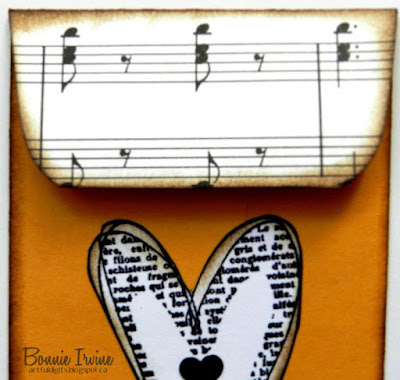 I started by cutting a straight edge above some music notes on vintage paper. I then adhered that straight edge along the upper edge of the top flap and trimmed it to the shape of the flap. The top flap could be inked around after the music paper was adhered. 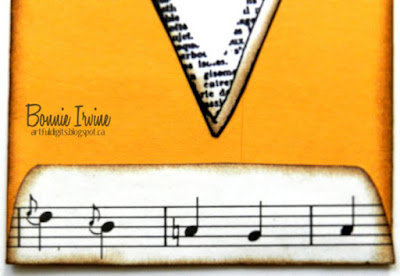 I took one of the envelopes apart to get a template for the bottom flap so I could cut more music paper to fit. This piece had to be inked around the edges with Coffee Archival ink before it was adhered to the envelope. 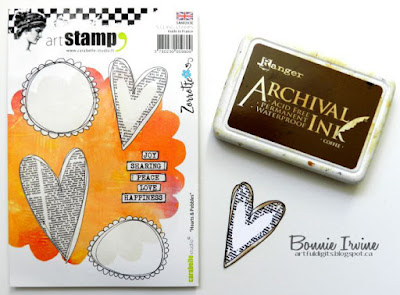 The heart embellishment for the center of the envelopes was created by first stamping one of the hearts from Carabelle Studio Hearts and Pebbles stamp set onto white cardstock. Each heart was then fussy cut and inked around with Coffee Archival Ink. Black Big Brush Pen was used to ink around the edges of the cut hearts to prevent any white from showing. 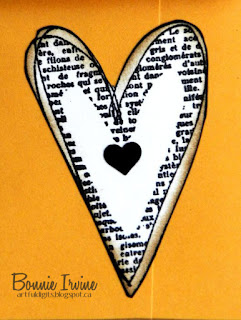 The heart was then adhered to the envelope  between the upper and lower flaps. A small black punched heart was used as an accent under the point of the text frame within each heart. Finally, both edges of the coin envelope were inked with Coffee Archival Ink to match the top and bottom areas. If I was using this as a floating envelope where the back would be visible, I would also ink the edges on the other side.

Thanks for stopping by today. I appreciate that so much.