New Release at The East Wind ~ Aurora What Matters 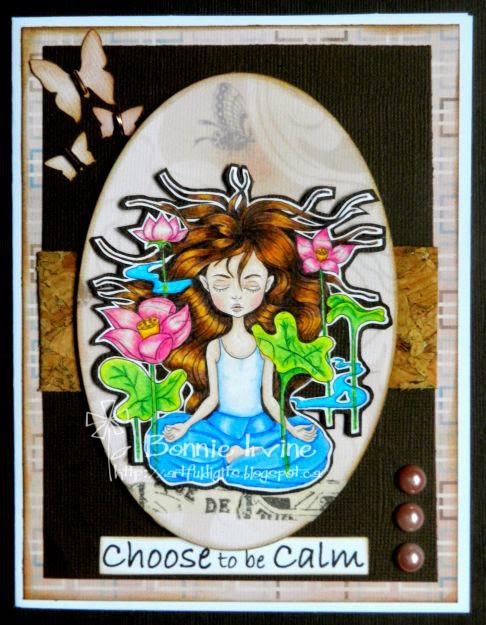 Since today is Friday, there is a new release at The East Wind. This one is called Aurora "What Matters". It seems like such a timely image with all of the hustle and bustle that we have been living with for the past few weeks. Sometimes it's hard to remember to take time for yourself, to slow down, and center yourself. Aurora is reminding us of how important that is. 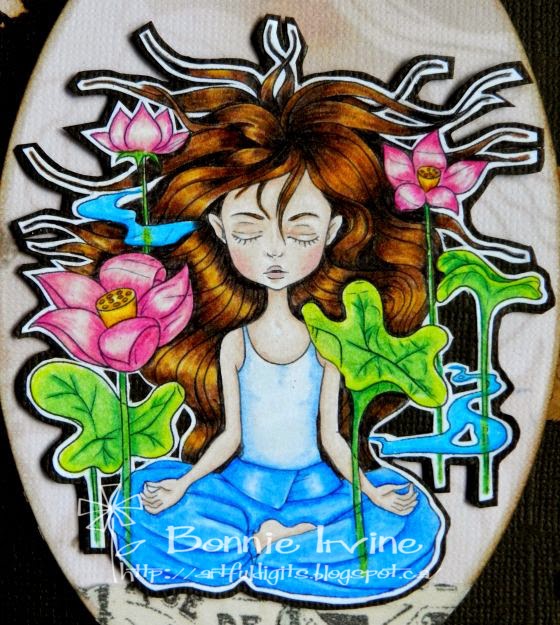 I coloured the image with Prismacolor pencils and then fussy cut her leaving a narrow white border. Then Aurora was matted with dark brown textured cardstock and fussy cut again before being popped up on foam tape. The oval behind her was cut with an X-Cut die from DCWV's the Far East paper. A Washi tape was placed below her so she would be grounded and not levitating...not sure how relaxing levitating would be! 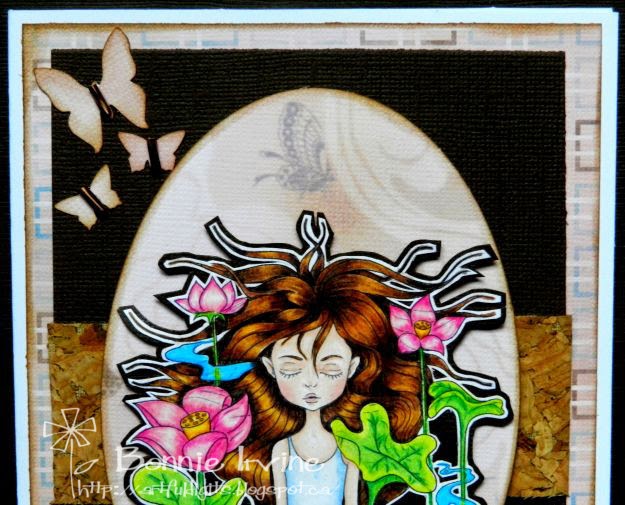 The background began with another paper from the same stack which was cut to allow some of the white to create a border. Another rectangle was cut from the same brown cardstock, again slightly smaller than the previous one to allow it to show. A length of cork ribbon was wrapped around the brown layer, forming a band. The Aurora oval was popped up on foam dots and centered on the background. 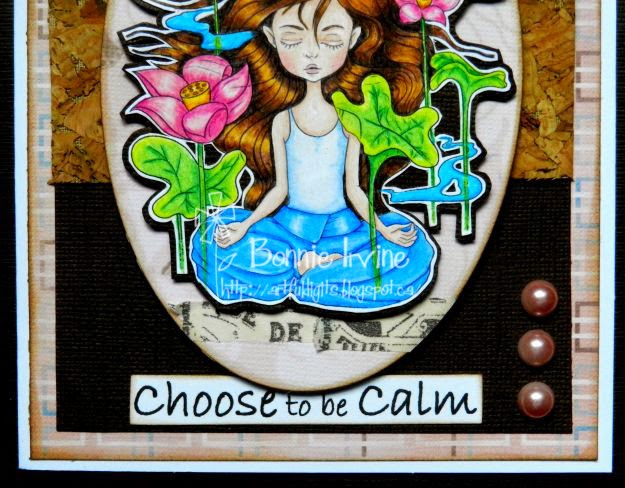 To continue the butterfly theme from the oval paper, three butterflies were punched from the same paper. The edges were inked with Vintage Photo and brown beads were adhered to the centers for the bodies. Three large pale pink pearls were adhered to the bottom right corner to balance out the butterflies in the top left. The sentiment was computer generated, trimmed close, and edged with Vintage Photo Distress ink to complete the card.

Thanks so much for stopping by today. Aurora and I appreciate your fine company. If you pop over to The East Wind Facebook group, you'll be able to see Jackie's beautiful project with this lovely image. I love her style!