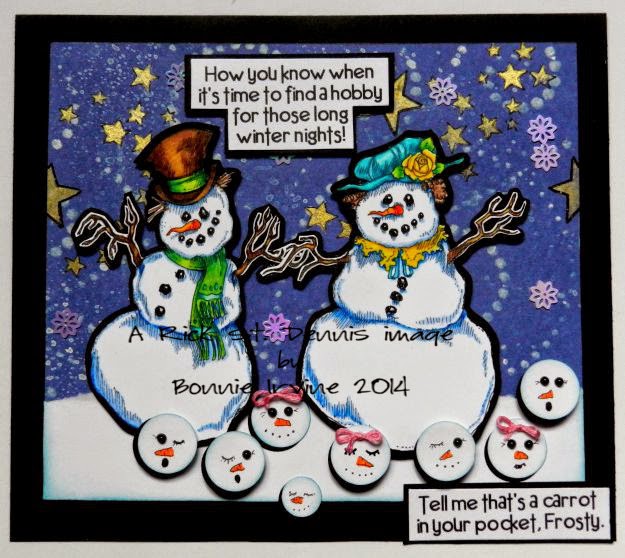 Happy New Year! I hope that 2015 is a wonderful year for all of us. because it is the first of the month, it's also the start of the Progressive Challenge on Rick St. Dennis' Sparkle and Glitter blog. Since it is Part One of the challenge, we are allowed to use any RSD image and any theme. I love snow people so I decided to choose two of Rick's images to create a winter scene. Ever wonder what they do during those long cold winter nights? 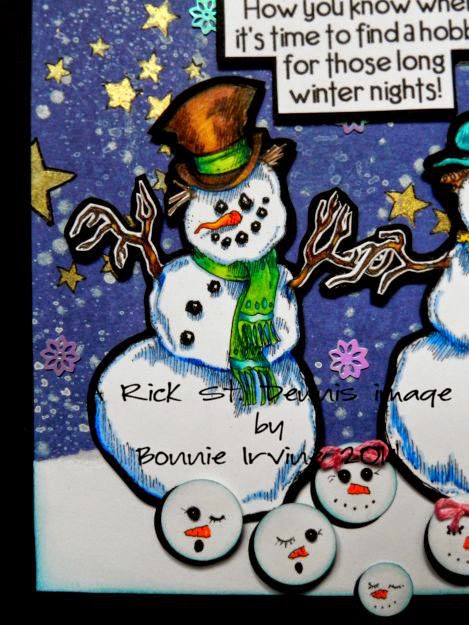 I coloured Frosty and Mrs. Frosty with Prismacolor pencils and fussy cut them leaving a white border only on the arms. I wove their hands together and glued them in place before matting them with black cardstock and cutting them out again. Then the two were popped up on foam tape for dimension and to create a natural shadow. 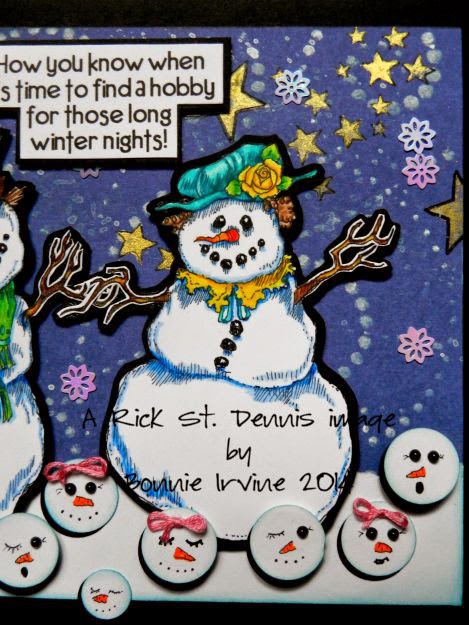 Their snowball kids were pinched from white cardstock and also from black which was glued offset to create a shadow. Broken China Distress ink was used to edge each one and features were drawn in with a black pen. The noses were filled in with an orange marker and the open eye were created with small black half pearls. Tiny pink embroidery floss bows were added to three of them. In my crazy little brain, that's what snowbabies look like...snowballs with features. Then they grow up to have bodies. 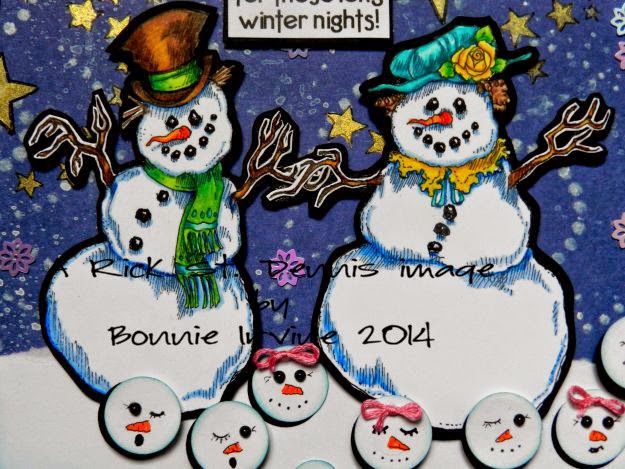 The background started with a purple-blue piece of cardstock to which I added white stencilled swirls and gold stencilled stars. I was wanting to create a snowy scene.I added iridescent snowflakes (actually confetti) and tore a piece of white cardstock for the snowdrift. It was edged with Broken China Distress ink. frosty and the Mrs. were adhered onto the background and then their kids were added around them. Some are popped up on foam dots and some are adhered directly to the background to vary the heights. 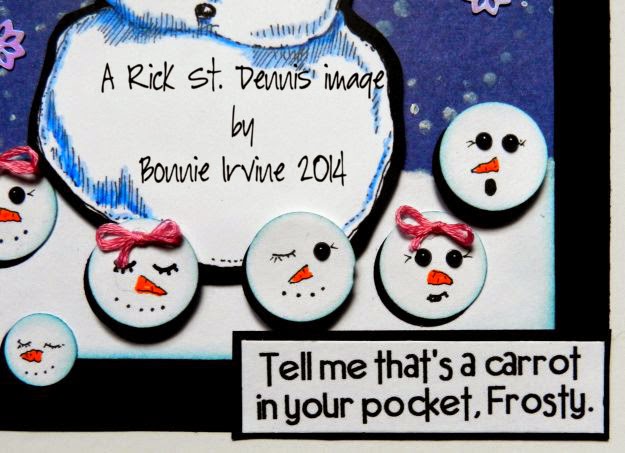 The sentiments were computer generated and matted with black cardstock. Both were popped up on foam tape. A piece of black cardstock was used to mat the background and frame the entire piece. The finishing touch was to outline the gold stars to make them more visible.

Thanks for stopping by today. The Frosty family and I appreciate your visit. Be sutre to stop by the Sparkle and Glitter blog to see the fabulous creations which others from the EDT created for this challenge. You will see even more on the 15th when the rest of the team post their projects for the Progressive Challenge Part 1. I hope you will play along. If you do, you will receive the February image free. Bonus!