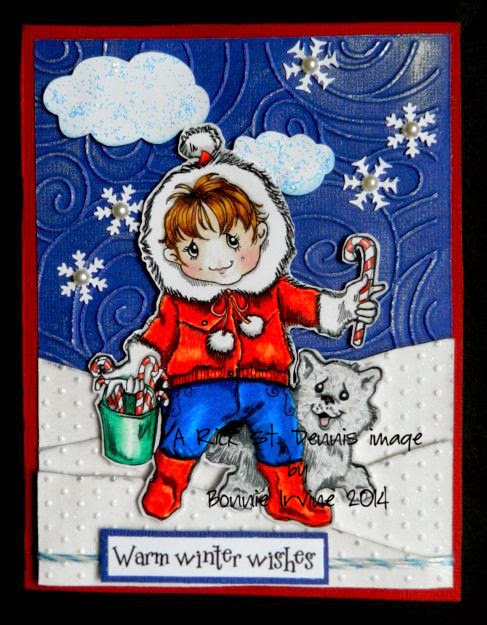 Hi everyone! Rick St. Dennis is sponsoring The Outlawz Greetings Challenge and I have the privilege of representing the EDT as a Guest Designer. Yay! The theme is Anything Goes so I chose to play along using Tipsy Tinpail who can be found in Rick's Zibbet  or Etsy shops. 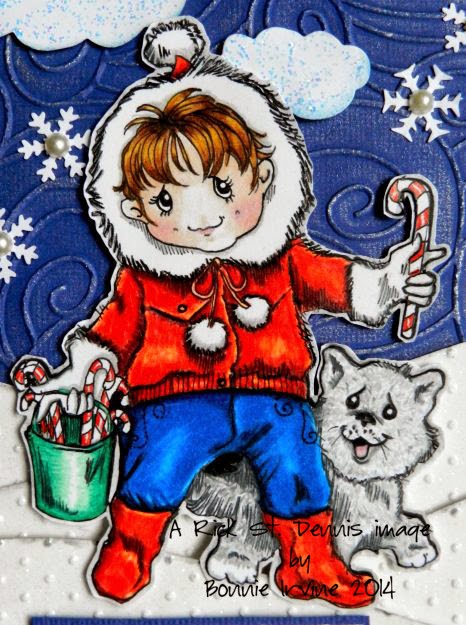 I coloured Tipsy and Buddy with Prismacolor pencils and then fussy cut them leaving a narrow white border so I could capture the furriness of the hood and pompom. They were then popped up on foam tape to create dimension and shadow. 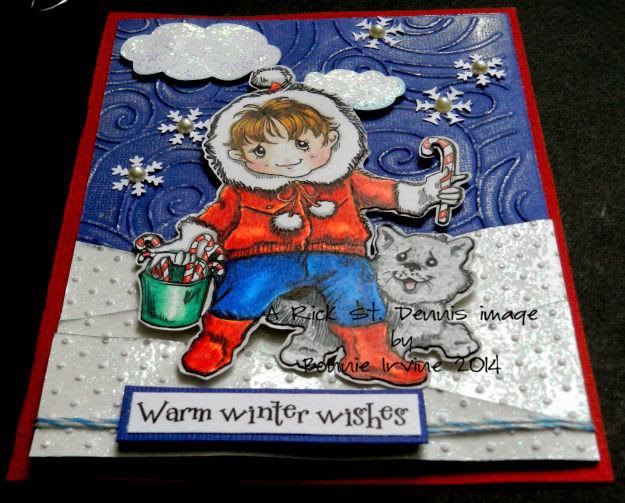 The card base is a deep red textured cardstock. A blue rectangle was cut for the sky and pattern was added with a swirly embossing folder. Treasure Silver wax was brushed over the embossing to highlight it and create movement in the background. The snowdrifts were cut from sparkly and shiny white cardstock. Each layer was embossed with polka dots and the top edges were inked with gray to allow them to show depth. Once the front two drifts were adhered with foam tape, Tipsy and Buddy were added over that. 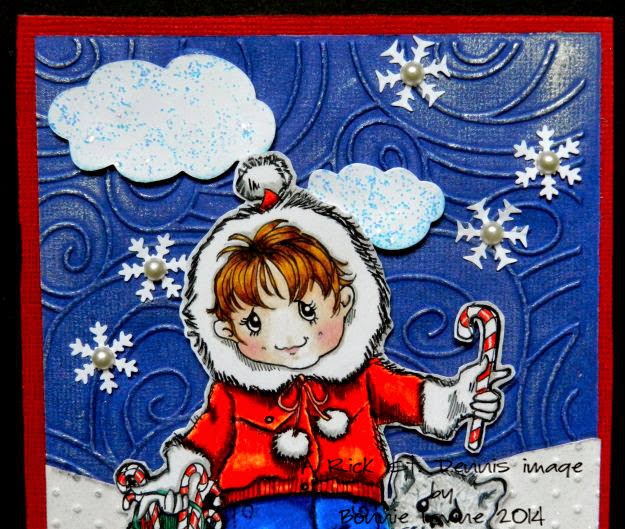 Die cut clouds were brushed with Icicle Stickles and popped up on foam tape. Small snowflakes were punched from white cardstock and given pearl centers before being added to the sky. The sentiment was computer generated and printed on white cardstock which was then matted in black. Two lengths of blue and white baker's twine were added to the back of the sentiment which was then popped up on foam tape. 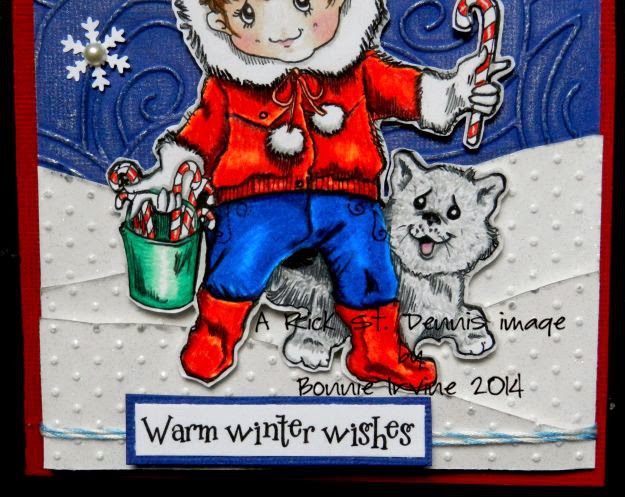 Thanks to The Outlawz Greeting Challenge for allowing me to play along with their Anything Goes Challenge. When you get a chance, pop over to their site to see the other wonderful Rick St. Dennis creations by their talented Design Team. Maybe if we are lucky, some of them will share their delightful projects on our Fans and Friends Facebook page.