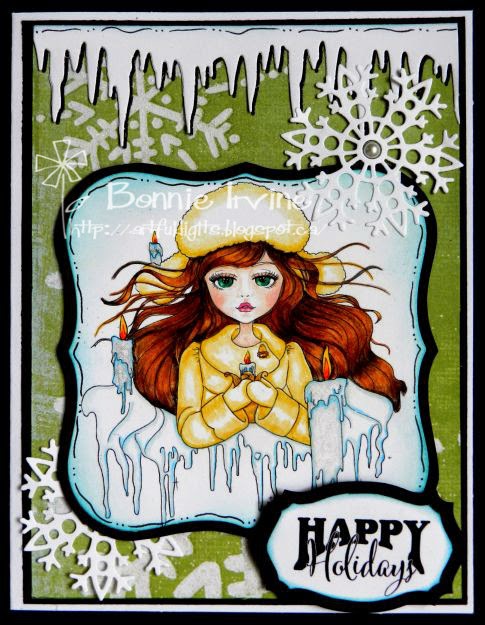 Hi all. I had a chance to play with a new release from The East Wind called Aurora Warm Wishes. I am such a fan of Aurora's sweet face and she is the star of another Christmas card which I am sending out for my mom who is no longer able to do that. 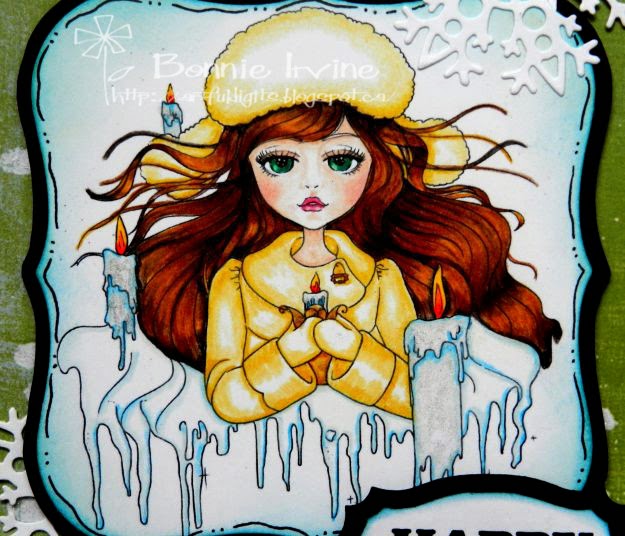 I coloured Aurora with Prismacolor pencils, adding some clear Wink of Stella to the four candles on the image. After it was cut out with a Spellbinders Labels One die, I traced the same die onto black cardstock to get a mat just the right size. Before adhering them together, Tumbled Glass and Broken China Distress inks were applied to the edges. Doodling with a Pitt pen was added over that. 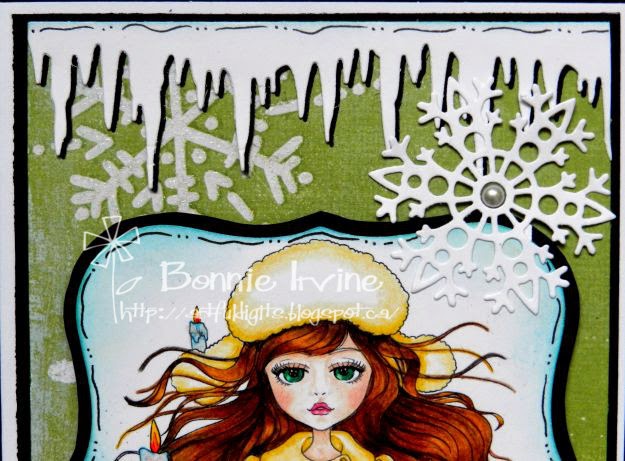 The background designer paper with sparkly snowflakes was cut smaller than the white card base and matted in black. An icicle border was cut with a Joy Crafts die: once from white and once from black. They were then offset for a shadow effect which also made the white icicles more visible. Black Soot Distress ink was applied to the top edge and doodling was added as well. 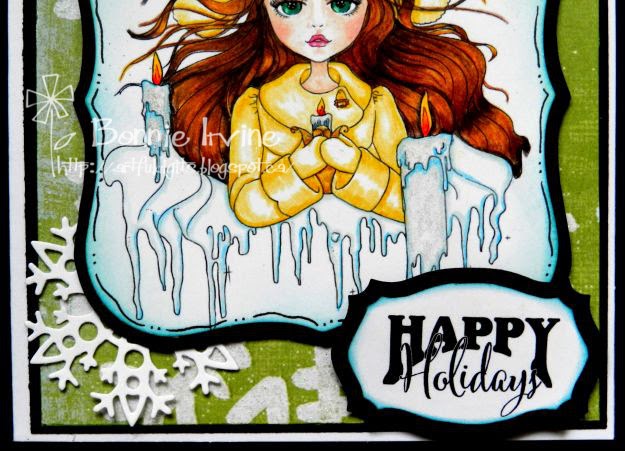 The Aurora image was popped up on foam tape and two die cut snowflakes (Impression Obsession) were added to opposite corners, one on top of the image and one beneath it. A flat white pearl was placed in the center of the top snowflake. The sentiment, from Create With TLC, was printed on white cardstock and edged with broken China. It was then die cut, matted in black, and popped up on a double layer of foam tape to complete the simple card design.

Thanks so much for stopping by today. Aurora and I both appreciate that. If you get a minute, stop by The East Wind Facebook group today to see Jackie's gorgeous card using Aurora Warm Wishes. It's so striking and beautiful!

Hi Bonnie I am a new follower. Beautiful card you achieve a lovely effect with prismacolor pencils.
Rose xx