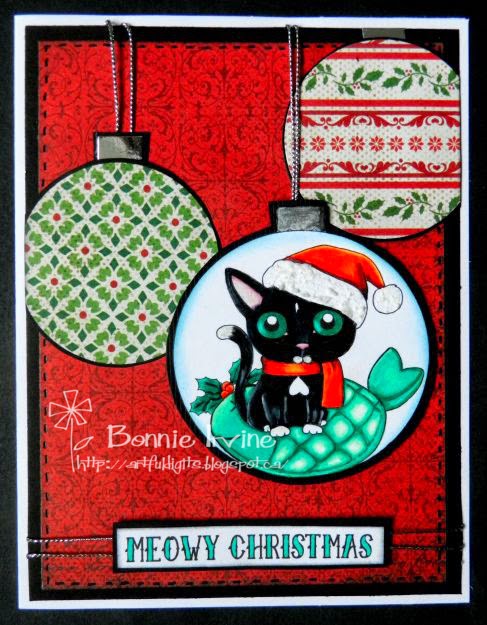 It's the first of the month so that means that we have a new challenge at The East Wind, the one where the DT uses the freebie image that comes with the newsletter. This month the theme is Meowy Christmas and Unky has created this adorable Christmas ornament with a sweet kitty inside called LaLa's Merry Christmas. Huge Awwww Factor! 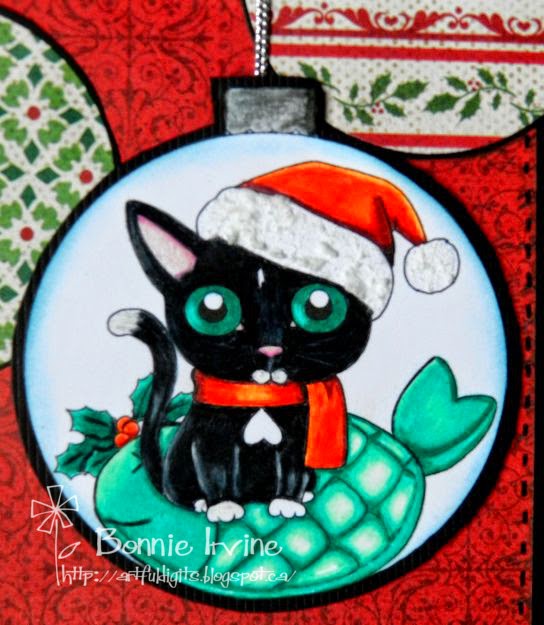 I chose to colour the image with Prismacolor pencils except for the silver topper and the outside edge. The topper is done with silver acrylic paint shaded with a Pitt pen. The outside edge was done first with Pan Pastel and then deepened with Faded Jeans Distress ink. The ornament was fussy cut, omitting the hanger string at the top. It was then matted with black cardstock and popped up on foam tape. Metallic silver cording became the new hanger. The background began with a rectangle of designer paper cut to fit inside the white card base and matted in black. Faux stitching was doodled around the perimeter. Two other Christmas themed scraps of DP were die cut into circles, matted in black, and given silver foil cardstock toppers. Silver cord was used to make the hanger for the one on the left side. 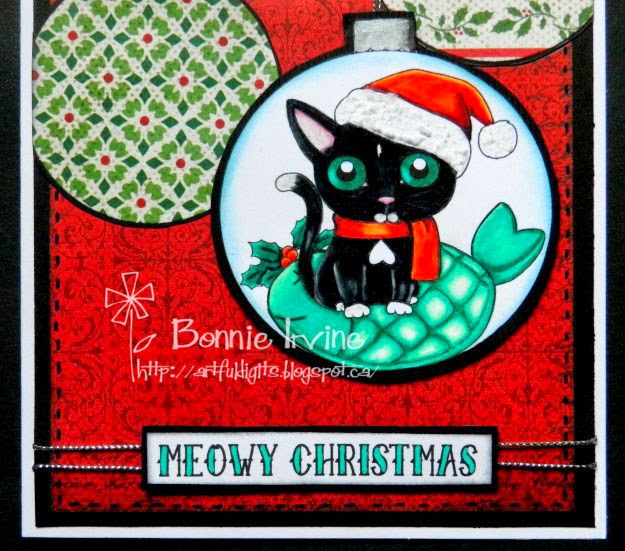 More silver cord was wrapped around the background layer before it was adhered to the card base. The sentiment was computer generated, matted in black, and the openings in the letters coloured with green pen. Foam tape was added to the back and it was placed over the silver cord.

Thanks for joining LaLa and me today. We appreciate your company and want to reassure you that no animals were injured in the making of this card...lol. In fact, it is Molly and Parker approved. To check out the other wonderful projects using this sweet freebie image, pop over to The East Wind Challenge blog to see what my talented and creative teamies have done. We would love to have you join us!

Fun card with the new image, nice way you made hangings for the baubles! =)
Hugs, Elenor