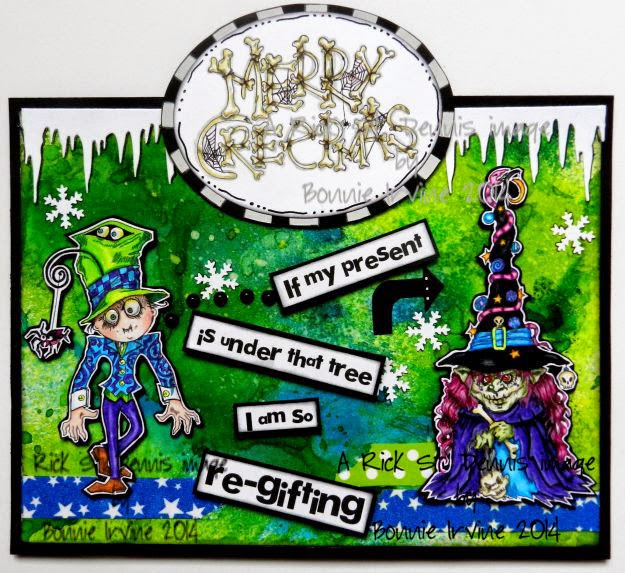 Today is Day 5 of the 12 Days of Creepmas organized by Smeared and Smudged. 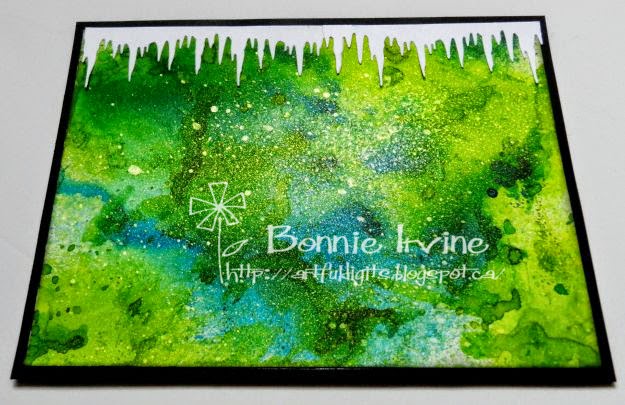 It's my turn to post on the Airless Chambers blog and I have a mixed media Creepmas project. I began by spraying my white bristol background with water and then Dylusions Cut Grass, Fresh Lime, and London Blue ink sprays. That layer was dried and then the background was dipped into the leftover spray on the craft sheet drying in between dunkings. The final coat was a spritz of  Iridescent Gold Tattered Angels Glimmer Mist for that creepmas glow...lol. The edges of the background were inked with Black Soot and then black Big Brush pen. The bristol was matted in black cardstock and then mounted on chipboard for strength. 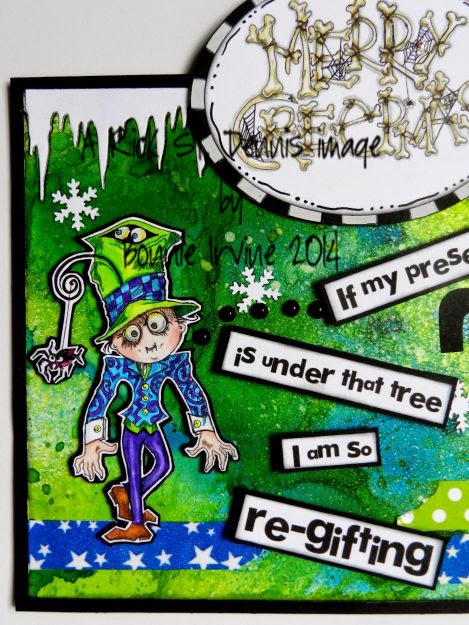 An icicle border was die cut from white cardstock, shaded outside with a Stabilo black pencil and outlined with black Micron pen. Two different patterned washi tapes were layered onto white cardstock and then adhered  below where the two stars of the show would stand to ground them. White punched snowflakes were scattered around the background. 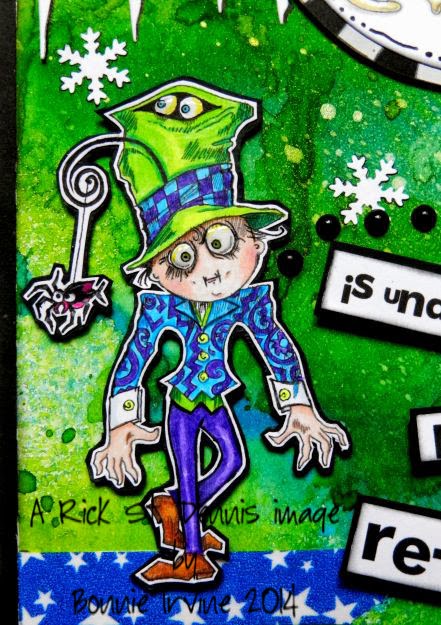 Creepmas Witch Tree and Phineus Pucker were coloured with Prismacolor pencil and fussy cut leaving a narrow white border. They were then both matted in black and popped up on foam tape. 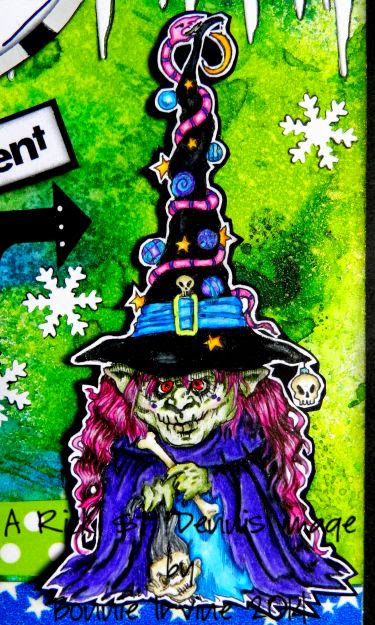 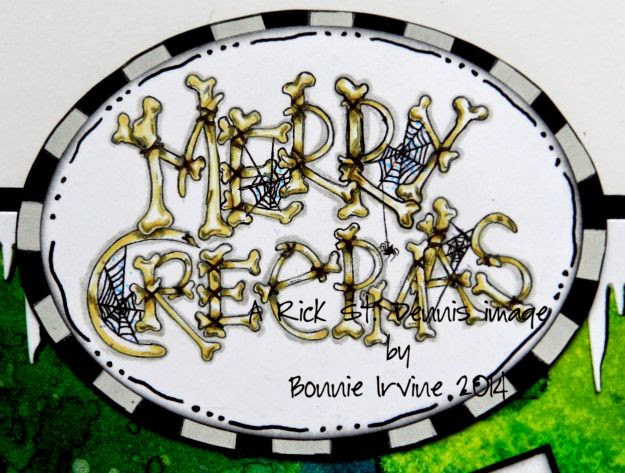 A third image, Creepmas Bones, was printed on white cardstock, coloured with Prismacolor pencils and cut with an oval die. It was framed with a black oval which had paint added to the edge in a checked pattern. Icicle Stickles were added to the spider webs on the design.Doodling and inking with Black Soot completed the outside edge of the sentiment. 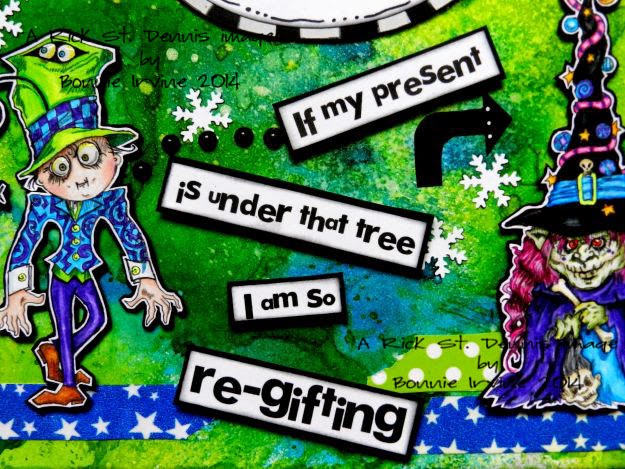 The other sentiment, which expresses poor Phineus' dismay at what he has found under the tree, was computer generated, printed on white cardstock, and matted in black. The segments were popped up on foam dots for extra loft. Black pearls become the thought bubble trail of Phineus and a black cardstock arrow indicates the tree under which (or is that witch) his present awaits...poor lad!

Thanks for joining Phineus, his witchy friend, and me today. We appreciate that.