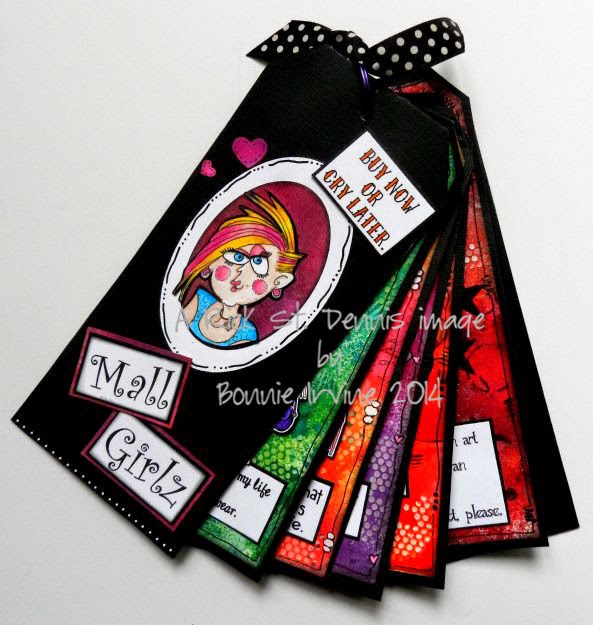 Hi everyone. Today I'm sharing part of a mixed media tag book I created with the five fabulous images from Rick's Mall Girls digi sheet. I love these women: their quirkiness, sense of style, and awesome hair. They are so much fun to colour and make me smile. Today I will share the cover and first two tags of the book which you can see above. 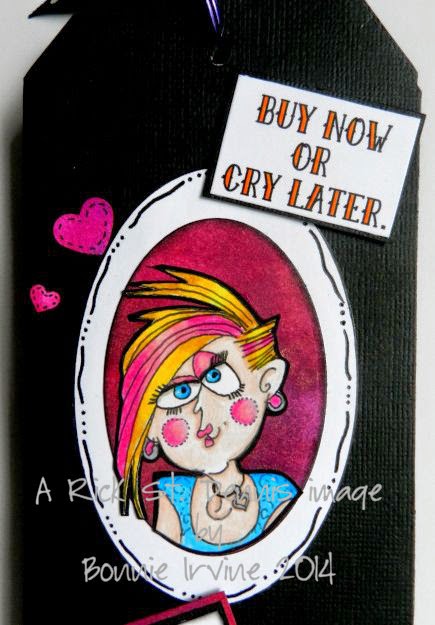 All of the tags were created in the same way. The larger tag shapes are heavy black cardstock and the smaller tags which those mat are cut from mixed media paper to withstand the spray inks and other media. The cover features one of the girlz enlarged and cropped to a head shot. It was fussy cut and backed with an oval of sprayed paper and then matted in white. The signs were matted in black and the open letters coloured in with marker. The hearts and a second mat were cut from more ink sprayed papers.

The mixed media backgrounds were created by spraying the mixed media papers with water plus a variety of inks, some with mica for the extra sparkle. Several layers were applied to get spots, drips, and splotches. White or black gesso and white embossing paste were applied through several stencils to create pattern and texture.  Stamping was also added with Archival inks. A different doodled border was added to each tag and various shapes punched from black cardstock were also added to the backgrounds. 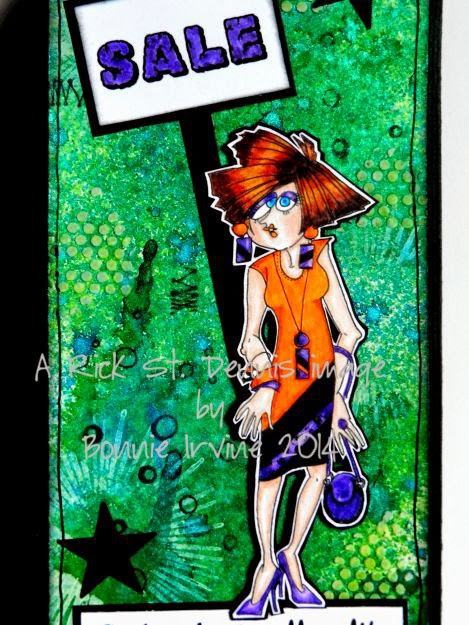 Each tag has a shopping sign created on the computer with an open font. The lettering was filled in with markers and the sign was matted with black. A narrow strip formed the sign post on each one. The shopping sayings were also computer generated and matted in black.

Each of the Mall Girlz was coloured with Prismacolor pencils, sticking to the same colour palette for continuity. They were fussy cut leaving a narrow white border and then matted with black. They were each popped up on foam tape for dimension and to create those lovely shadows I like so much. 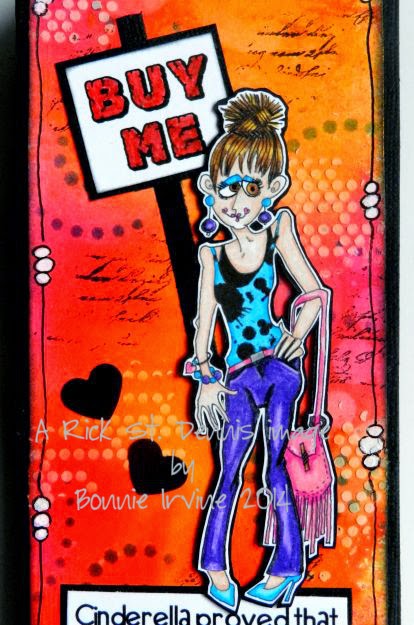 Thanks so much for joining me today. I hope you will return next Tuesday to meet the rest of the Mall Girlz. They are unabashed shop-a-holics and I'll bet they were first in line for those crazy Boxing Day sales. If this set of images speaks to you, remember there is still a sale going on at both of Rick's shops, Zibbet and Etsy. You can read more about it and get the coupon codes here. You can even shop in your pajamas and these Mall Girlz will never know...lol.