Bloobel Progressive Challenge ~ I Must Protest 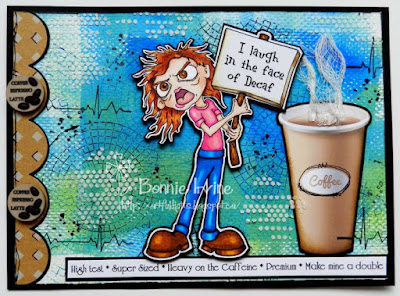 Hi everyone! Lisa from Bloobel Stamps and Colouring Pages is having a Progressive Challenge in her Facebook group using the fabulous image I Must Protest for the month of January. I managed to finish my art journal page just under the wire which means I get to play again in February. You can check out the other fabulous entries over in the FB group...so many clever protest signs. 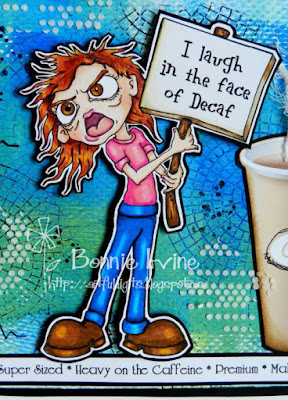 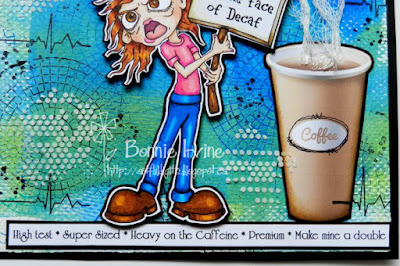 The background is the reverse side of a mixed media pad cover. It has this awesome texture and I had used it to clean off my brayer while gelli printing. The sketchy circles were stamped using plastic canvas and black paint. White Texture Paste was scraped through TCW's Tiny Circles stencil and allowed to dry. Jet Black Archival Ink was used to stamp the heartbeat (a VLV stamp) and the dots. A free coffee cup image from the internet was fussy cut, matted with black and then doodled on before being adhered to the background. Cheesecloth "steam" was added to the image. To give my protester and the cup somewhere to stand, coffee phrases were printed in a strip, matted with black card stock, and adhered along the bottom of the background. 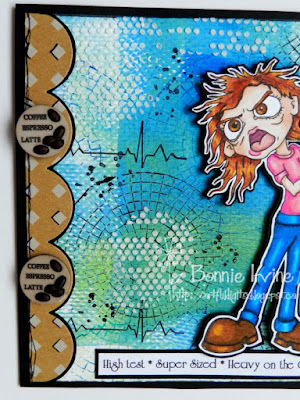 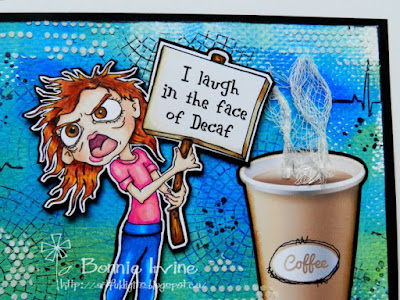 Thanks for dropping by. My protesting friend and I are happy you did that. If you haven't already entered Lisa's Bloobel Progressive Challenge, it's not too late. You can still purchase the image at Bloobel.com and you have until January 31 to enter. If that doesn't leave you enough time, make sure you buy the February image so you can play next month. Love these quirky characters!

It's fantastic, Bonnie! Lisa's images are always so fun, and you've shown this one off beautifully! Thanks for the smiles! :o)