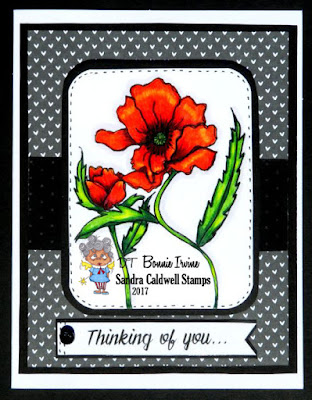 Hi everyone. It's New Release Friday at Sandra Caldwell's Etsy shop and Facebook group. Each week she introduces us to the new images in the shop and gives the DT a chance to play with them. It's always a treat to see what everyone has created from these newbies. This week, I decided to create a card with the image called 1629 Poppy. Poppies are one of my favourite flowers and I always celebrate when the ones in my garden finally pop which they did this week. 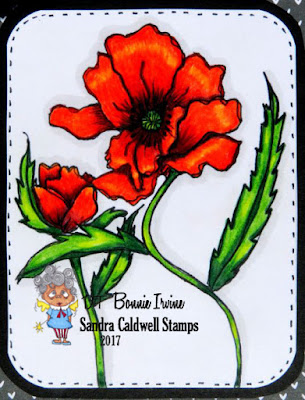 I coloured the poppy image with a mix of Polychromos and Prismacolor pencils. A little black Pitt pen was added to the bottom of the petals to mimic the black lines on the ones I grow. The image was cut into a rectangle and then the corners were rounded with a punch, Black faux stitching was added to the outside edges before the image was matted with black card stock and popped up on foam tape. 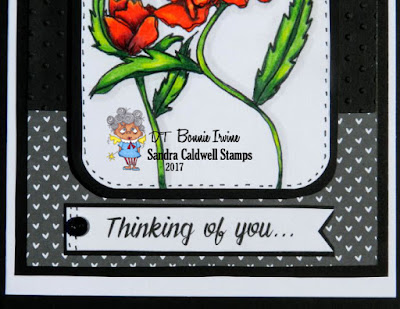 The card itself is simple in design so that the dramatic image would take center stage without distractions. A piece of dark gray designer paper with a white heart pattern was cut to fit inside the card front, leaving a border of white from the base. Black card stock was used to mat this layer. A band of black was cut to fit across the printed paper and was embossed with a dotty folder. A simple sentiment was printed on white card stock and cut into a fishtail flag. This was matted with black card stock and faux stitching was added to the squared end. Once it was adhered below the image, a black threaded button was glued over the faux stitching on the flag. 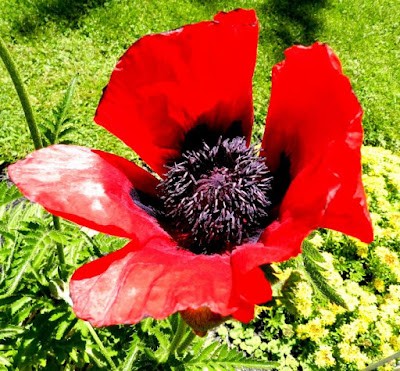 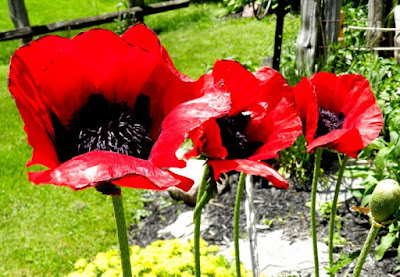 Thanks for popping by today. Above are two photos of my poppies from the garden. They put on quite a show! To see more of Sandra's new releases, be sure and pop by her Etsy shop, babycakesdnd. Stop off at the Sandra Caldwell Stamp Fans Facebook group to see the awesome projects featuring these new releases created by the DT members. New release day is always a treat and you won't want to miss a thing :)