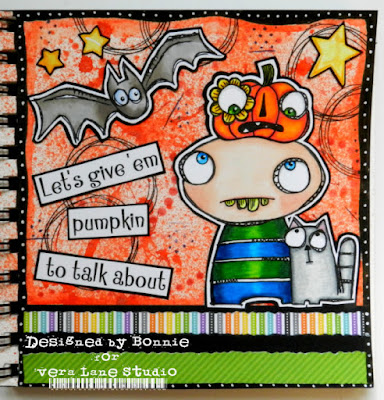 Hi everyone! I have two projects using Vera Lane Studio images to share with you today. The art journal page, the first page in my new VLS art journal, stars the image from Morty's Halloween as well as one of the bats from one of the Halloween Collage sheets. 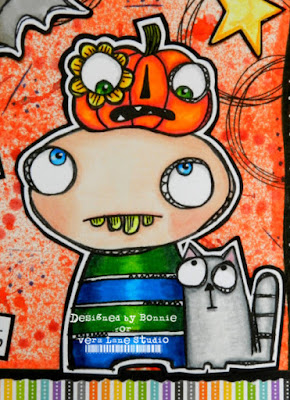 The image was coloured with Prismacolor and Polychromos pencils, fussy cut leaving a narrow white border, and matted with black. The collage sheet bat was fussy cut and matted in the same way as the other image. The punched stars were also matted with black to help them stand out against the background. 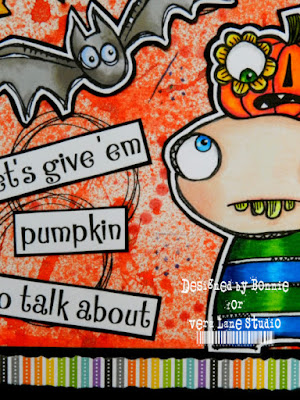 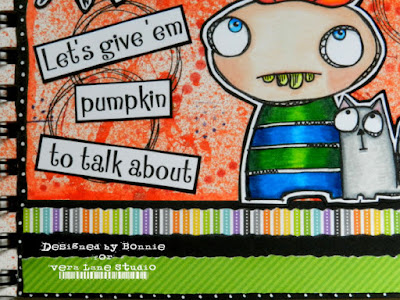 To give Morty and his cat a place to stand, torn strips of Halloween themed patterned paper were layered over torn strips of black cardstock to form a base. A heavy black border dotted with white paint pen was added to the four sides of the page to frame it and keep the eye on the page. Orange Inktense pencil activated with a water brush was used to shade inside of the border. 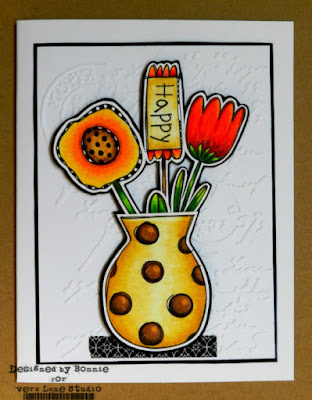 The second project, a CAS style card, was created with images put together from the Mix N Match Vases set. This is a fabulous set because it is so flexible and can be combined in so many ways, as well as the pieces being used individually. 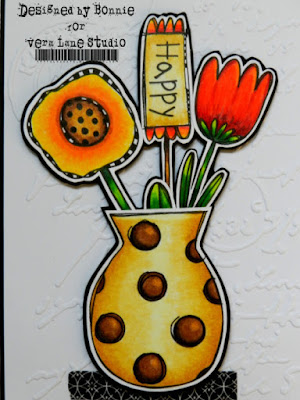 The images were coloured with Prismacolor and Poychromos pencils and fussy cut/matted the same as Morty's crew. 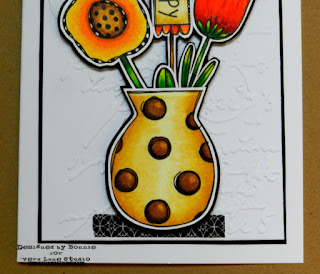 The background of the card was embossed with a Carabelle Studio folder and then matted with black. The flowers were adhered to the back of the vase and then it was popped up on foam tape.  Black and white washi tape was used to ground the vase.

Thanks for stopping by today. We appreciate that. To see more examples of the Mix N Match Vases set in action, be sure to pop by the Vera Lane Studio Facebook group. You can find this set, the fabulous Morty, and a whole whack of other awesome images in the Vera Lane Studio Etsy shop.