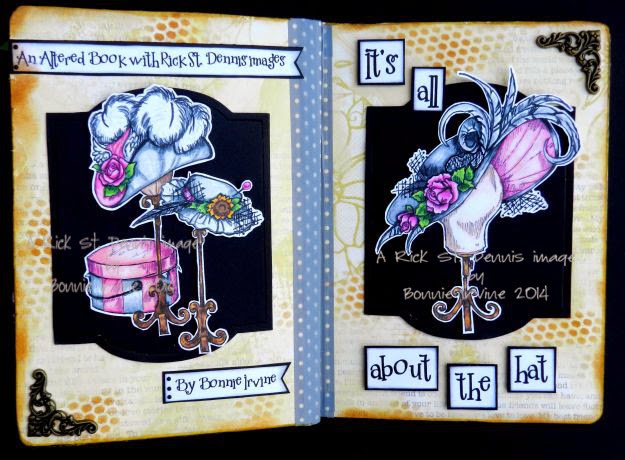 I have been altering a children's board book using Rick St. Dennis' elegant hat ladies and today I completed the covers using the final two images that I chose for this series. I have loved every moment of this project and can't wait to start another one. 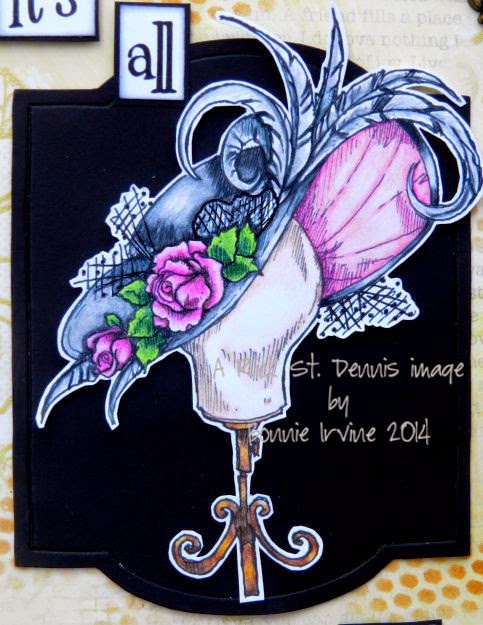 I began by colouring two of the three images in the Hat Shoppe set using Prismacolor pencils. The third image is destined for another project which you'll see soon. I coloured both using a similar palette because I often display my books standing up so that the front and back covers are visible together. 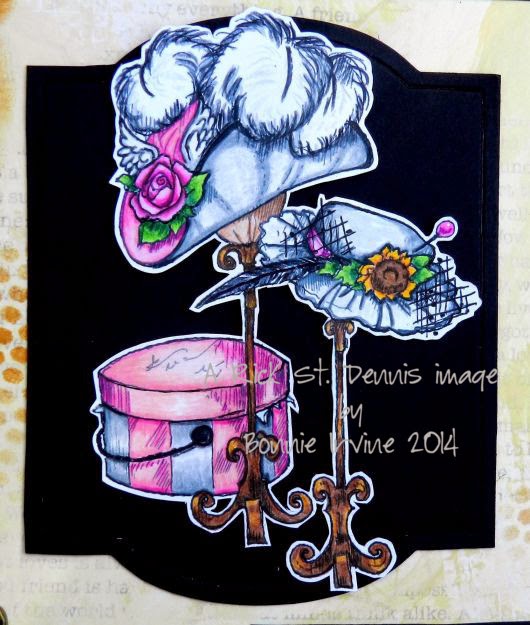 I fussy cut the images leaving a narrow white border, knowing that I was mounting them on black cardstock cut with TH Cameo die. The white allowed them to pop and added strength to the tiny or narrow details like the hat pin or feathers when I popped them up on foam tape. 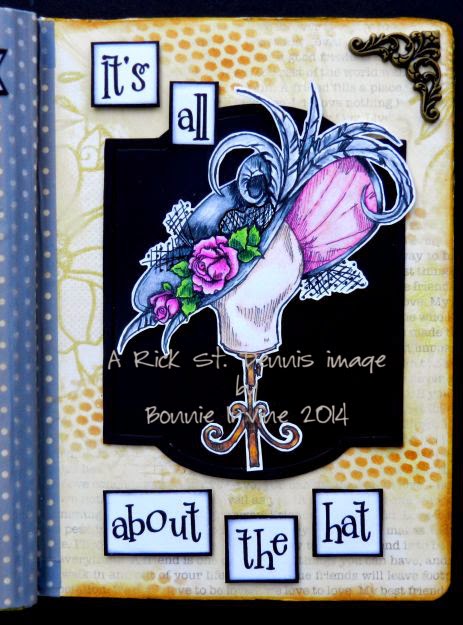 The background began as a piece of embossed designer paper to which I added white gesso scuffs and stencilling with Memento Peanut Brittle ink through TCW's Netting stencil. I cut the paper to fit the front and back but not to wrap over the spine because then it would be more apt to buckle. Instead I added Scor tape to the spine and then layered gray dotty washi tape over that. It created a tight seal that remained more flexible than paper would have. The edges of the front and back covers were darkened with both Peanut Brittle ink and Green-Gold Big Brush pen. 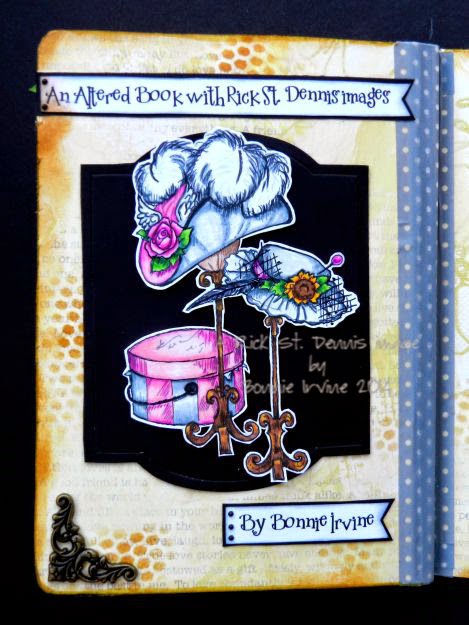 The sentiment and flags on the back were computer generated on white cardstock, trimmed, and inked with Black Soot Distress ink. Once they were matted with black cardstock, the sentiment was popped up on foam tape and the flags were adhered flat to the covers. Two fancy corner pieces were added to opposite corners to balance the design and move the eye through the covers, so they read as one. 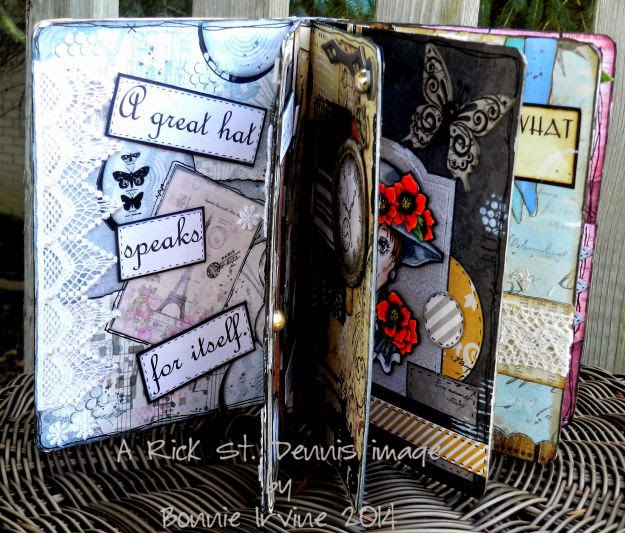 Here's a couple of shots of the book as I usually display it. It can be viewed from all sides and becomes quite a conversation piece just waiting for someone to pick it up. I love altered children's books! 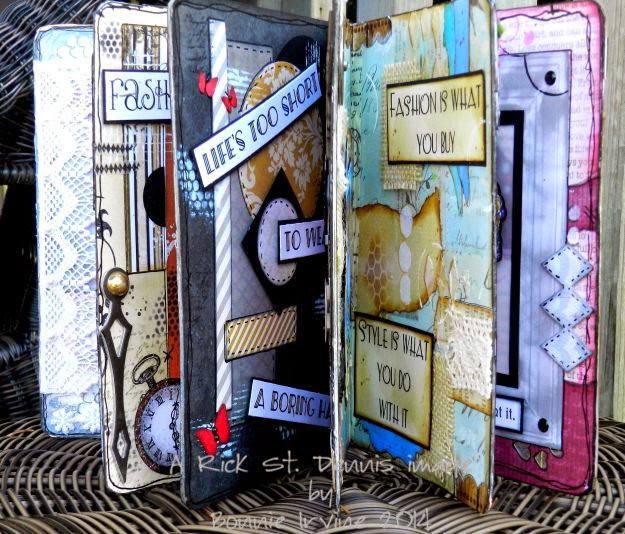 Thanks for stopping by today. I hope that you get a chance to have a creative play soon. There are just a ton of fabulous new images in Rick's Zibbet and Etsy shops, not to mention the amazing array of  other images he has for every taste, project, or occasion. Check out our Facebook group as well...not only is it teeming with inspiration from Rick, the EDT, and our friends who have joined but we have a lot of laughs there, too.